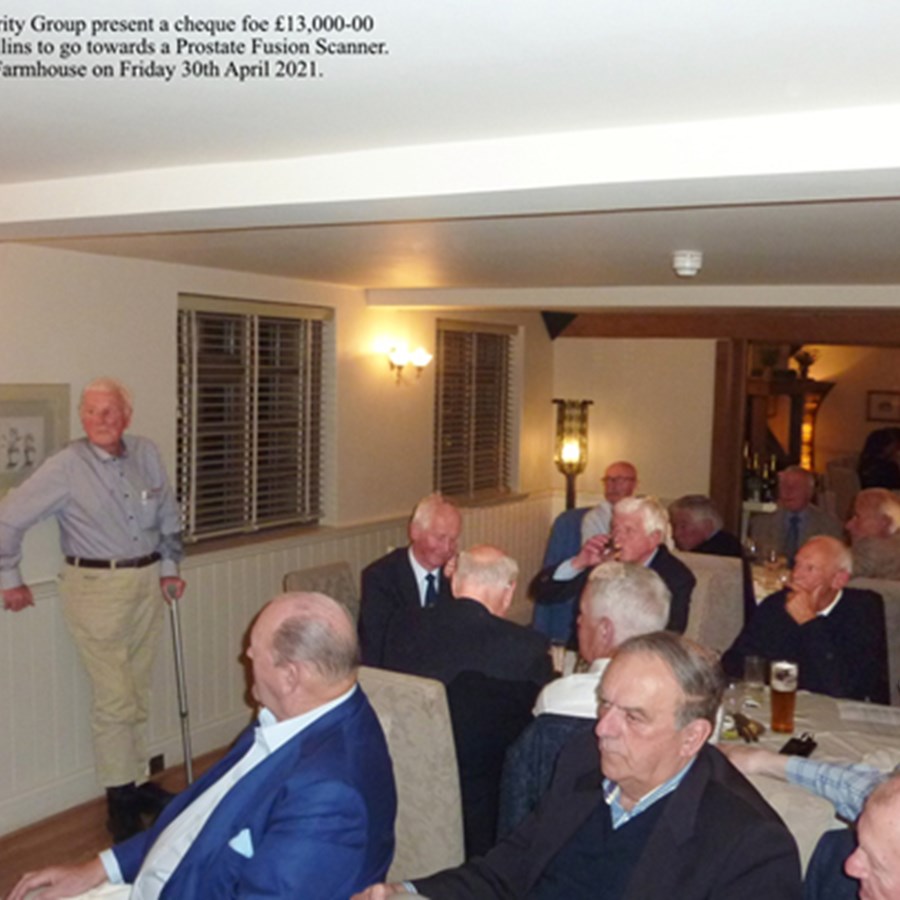 The Friday Knights present a cheque for £13,000 to MUG

At a dinner held by the Friday Knights dinner charity group at the Farmhouse Hotel on Friday 30th April 2021, the Chairman of MUG (Male uprising Guernsey), Dan Collins, was invited to attend and presented with a cheque for £13,000, the amount raised over the past year or so during the Friday Knights monthly dinners, although somewhat curtailed due to Covid 19 restrictions.

The main reason for choosing this charity was the loss of one of its members through prostate cancer last year. Peter Mansell had been one of its early members and had hardly missed a dinner in fifty years and it was thought this would be a fitting tribute.

Twenty seven Knights and Guests attended the function which was almost a full turnout for the group. Mr Collins stated this amount added to the existing fund, he felt that they would now be in a position to start going ahead with the purchase of a Prostate Fusion Scanner. He also explained some of the aims of MUG to help in the education of male awareness of prostate and testicular cancer and that he also visits schools and speaks to the pupils on the matter.

The Friday Knights was started in 1969 by a group of friends who used to meet for a drink on a Friday night. It developed into a dinner club, eating out once a month at various venues and small amounts of money were collected to go towards an annual local charity. In 1979 it was put on a legal footing and became a registered charity.  It reached its fifty years in 2019 and to that date had given away just over £100,000 to over forty local charities. The membership is around Twenty five and a hard core of the original members still run the group.

At the moment, we diagnose prostate cancer on-island by and MRI scan and then a biopsy on the prostate, which is perform through the rectum in the area of the abnormality on MRI. This is not that accurate, and carries a 2% risk of septicemia. If these do not come back as positive, sometimes we have to send patients to the UK for what is called prostate mapping and fusion biopsy – this is a much more accurate way of biopsying and doesn’t carry any risk of infection. It also means fewer biopsies need to be taken, which reduces discomfort. The wait to have these done in the UK can be up to 6 months.

So this new machine will;

Make all biopsies more accurate, reduce infection rates, have less discomfort, and prevent men needing to travel to the UK for further investigation. These machines and the associated equipment needed range between £70-£100K depending on the spec. 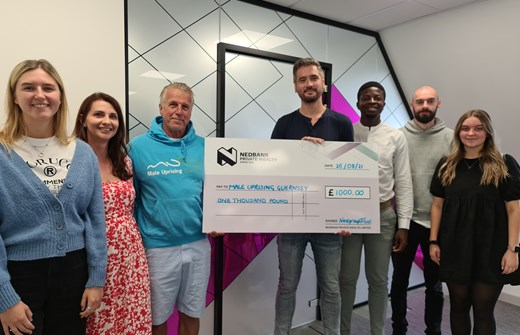 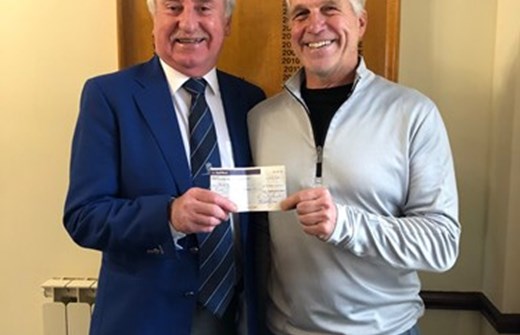 We are very thankful for being L'Ancresse Golf Clubs chosen charity