Last September saw some of the greats of Guernsey's music community come together to put on an incredible concert to celebrate the life of Colin Hewlett; one of the island's most well-loved and accomplished drummers. 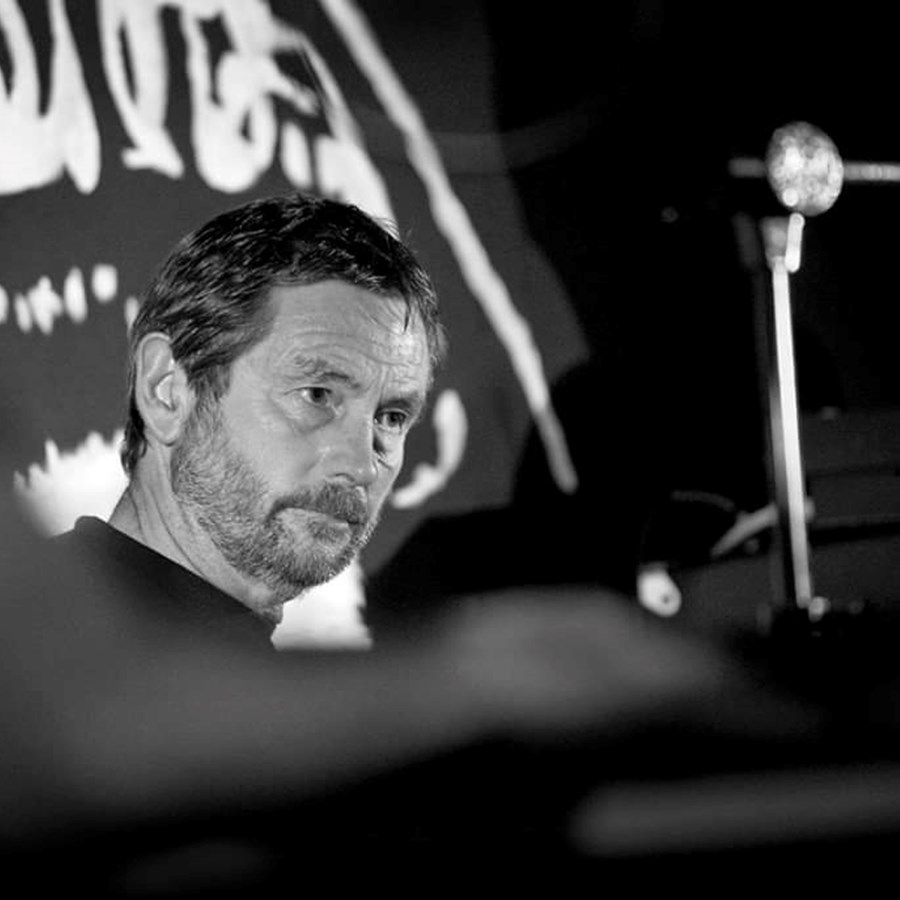 Last September saw some of the greats of Guernsey's music community come together to put on an incredible concert to celebrate the life of Colin Hewlett; one of the island's most well-loved and accomplished drummers.

Colin sadly passed away from prostate cancer in 2018 and just wanted a private funeral, which is why two of his bandmates from the Pete Frampton Band, Mark Guillou and Pete de Bertrand, along with his beloved wife Ros, decided to hold the Gig for Colin.

The Gig for Colin, took place on Saturday 14th September, at the West Show ground in L'Eree and had sold out the 700 tickets before the night.

It was undoubtedly a night of great nostalgia in which bands and musicians from the past 50 years, most of whom had taken to the stage at some time with Colin on drums, played in his memory.

A couple of the musicians who stepped out on stage hadn't played publicly in years, one of whom was Colin's brother Fred who was one of the founding members of the well-remembered Guernsey pop band, Humble Fred, alongside Colin.

Another highlight was Alan Palzeaird, a "Guernsey great " guitarist, who joined Pete Frampton (the other Guernsey great of the late 60s / early 70s) and the Bag End Band (named for the night after Colin's house!). Alan had been in Axis and Roadhouse with Colin back in the day.

Probably the most poignant moment of the night was when Colin's son Ben, also a drummer, took to the stage with City Limits playing on his Dad's famous Rogers snare drum. He spent a couple of months leading up to the gig practising after taking a break from the instrument for a few years.

Mark Guillou said 'Colin played a massive part in my four most influential music events of the past 48 years both as a friend and a bandmate. So, it only seemed natural that we celebrate his life through music!

'Whether he was warming up for Status Quo, accompanying Elton John at the Fermain Tavern or playing with one of his local bands, Colin always gave it his all. His natural talent and love for music were infectious; he certainly was one hell of a drummer.'

Pete de Bertrand added 'Colin was everyone's favourite drummer. He was an inspiring musician who could sit in with anyone and in turn, make them play better.

'The Gig for Colin was the perfect way to commemorate him; we're so thankful to all those who came to play and put on a gig that he would have loved to have been part of ....which of course he was.

Ros Hewlett, Colin's wife, concluded; 'The Gig was the perfect way to celebrate Colin's life. I am so thankful to everyone who helped make it happen and to Peter and Mark for patiently waiting for me to be ready, then springing into action to get the gig going.

'There were so many highlights of the night, but seeing Ben playing with City Limits as his Dad did for many years, was amazing, I couldn't have been more proud. I stood there as the band started to play Badge by Eric Clapton, a song Colin knew without thinking, waiting for Ben to come in as Colin would have which of course he did perfectly.

'All I can say is thank you to the amazing west coast community and my family for making this happen.'

Ian Brown from MUG, comments; 'This was a fantastic event that not only honoured a great man but also raised over £6,000 for MUG which is just incredible!

'As a charity, we're so grateful to all involved and the generosity shown by those who attended as over £1,000 extra was raised by bucket shakers, led by Colin's granddaughter Izzy, bringing the final total to almost £7,500.00'

★     Friends of the Hewlett family

The Bands on the Night:

A big thank you also to Andrew Le Poidevin from Tall Pictures who took the amazing photos which can be purchased here. 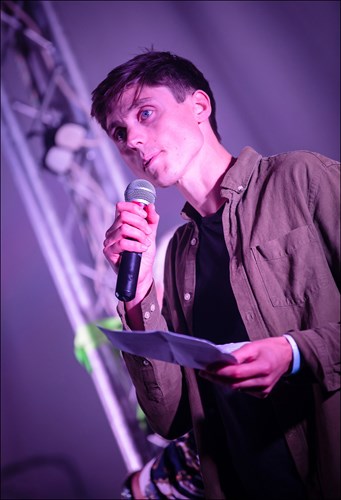 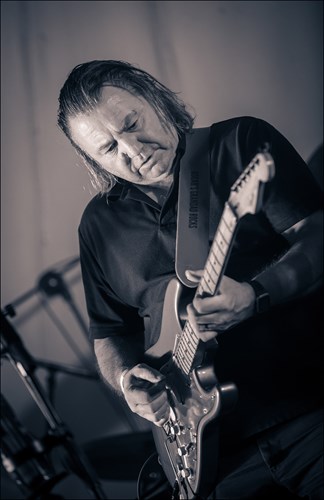 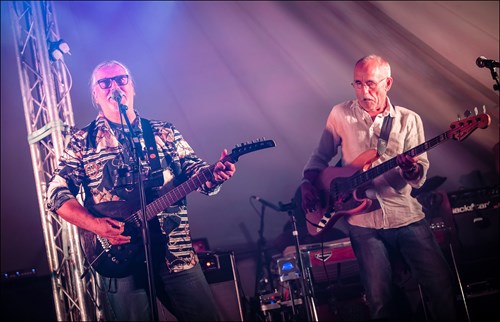 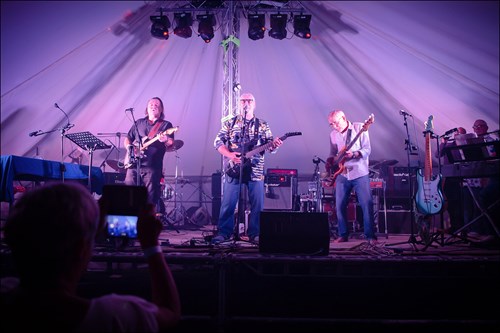 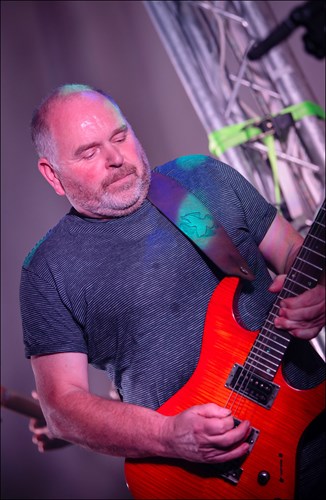 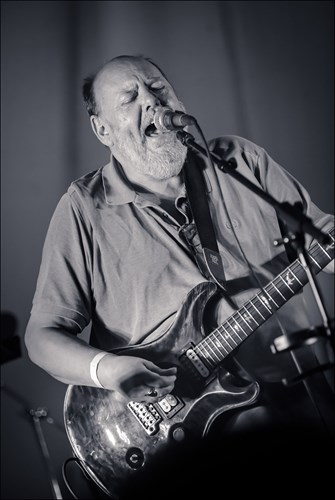 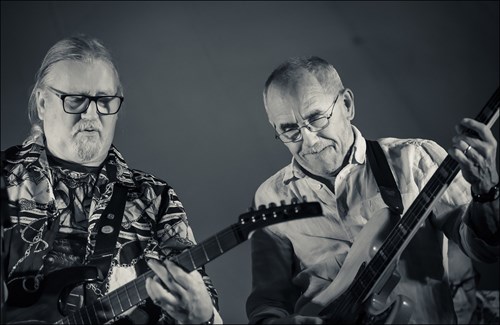 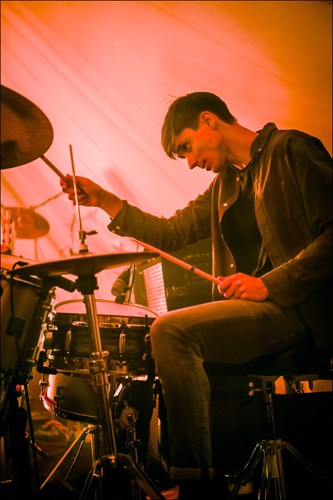 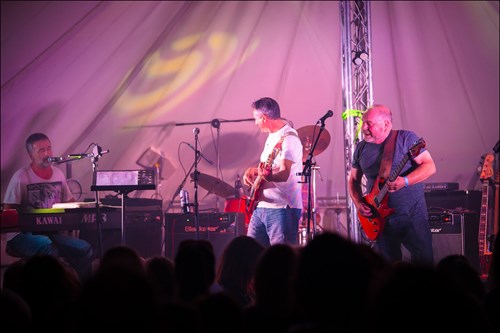 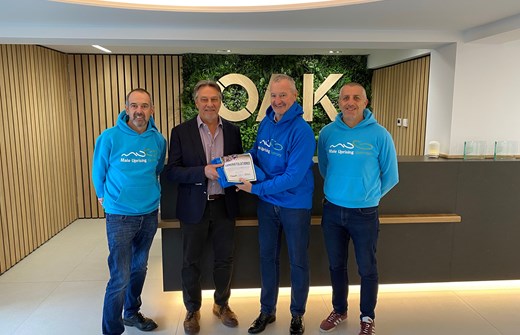 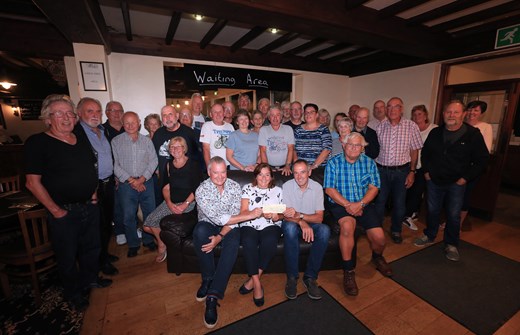 Money was raised during 2019 through the kind donations from its members and the hard work of the Men's golf committee throughout the year.

IQ-EQ's Anson Court and Cambridge House offices competed in a rowing race to their Jersey Office! 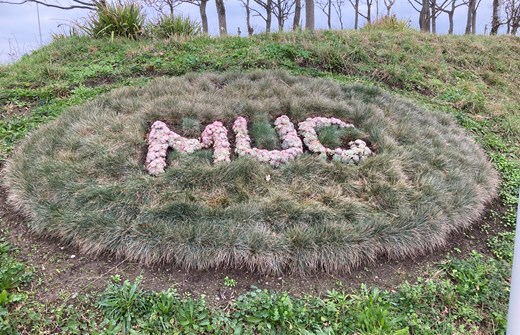 We're delighted to announce that Guernsey Round Table, Guernsey Mind and MUG are the official Guinness World Records holders for 'The Longest Human Chain of People Patting Each Other on the Back'!